We were dropped in the water on Saturday, May 28 at Shelter Island Boat Yard and Marina. We arranged with them to stay in the slip at the lift overnight so we could take care of a few things before heading down the Fraser river. We departed around noon on Sunday when the tide was slack and falling, so that we would get a boost from the current. As opposed to last year, the trip down the river was uneventful (we ran the engine a long time at the slip this time!). We did notice that the depth sounder was not working, but hoped it was due to the muddy river.

When we reached the mouth of the river (about 13 nautical miles) and entered the Georgia Strait, the conditions turned uncomfortable. The winds had turned the day before leaving the seas confused and lumpy. Combined with motoring, these conditions create seasickness for me and Charlie looked a little green as well (still getting our sea legs for the year). Luckily the tide was with us and it is only 12 nm’s across the strait to Porlier Pass, so we managed this in about 2.5 hours. The current was still running through the pass and was with us, sweeping us through. Instantly the conditions were changed – warm breezes and smooth seas – Paradise! No luck with the depth sounder though, it looks like we are going to have to put in new instruments.   For now we have a hand held depth sounder and Henri loaned us another.

We had arranged to meet Ariel and crew at Princess Bay on Wallace Island. This is one of Anne and Henri’s favorite places and they wanted to introduce us to it. We swung by last year but it was too crowded for us at that time. We pulled in and side tied to Ariel at around 5 pm – just in time for cocktail hour! It was very peaceful in the bay and we had a beautiful sunset. The next day we spent exploring the island – what a wonderful place! We are reading a book right now by David Conover, who along with his wife Jeanne, purchased the island in the 40’s for $20k.

We said so long to Ariel on Tuesday morning and headed to Montague Harbour on Galiano Island where we picked up a mooring ball at the provincial park. We had lovely weather and took a long walk. We had some rain and clouds over the next few days and on Thursday we decided we would head over to Ganges on Salt Spring Island (this is a major hub here – sort of like Avalon for those of you who have been there) to stock up on groceries. We fired up the engine and noticed that we were not getting cooling water out of the exhaust. So, change of plans! We spent the rest of the day diagnosing our problem. We first ruled out failure of the water pump and then spent a couple of hours trying to unclog the raw water inlet. The bonus was we got to stay at Montague another day and we were invited over to one of our neighbor’s boats (Rikki Tiki Tavi), which is a home built catamaran. Very nice boat and excellent craftspersonship!

Friday morning we tried again for departure and were successful. We headed to Ganges and were there in about 2 hours, anchored in the bay. We ended up staying for 2 nights because we were comfortable, and why not? We spent our time working on things aboard, stocking food and drinks and taking long walks through town.  We left Ganges on Sunday and headed over to Russell Island (another 2 hour trip), which is where we are for the time being. I know I wrote about this island last year – it is a small island park which is just lovely, nice trails for walking and beaches. We love it here.  Summer is off to a great start! 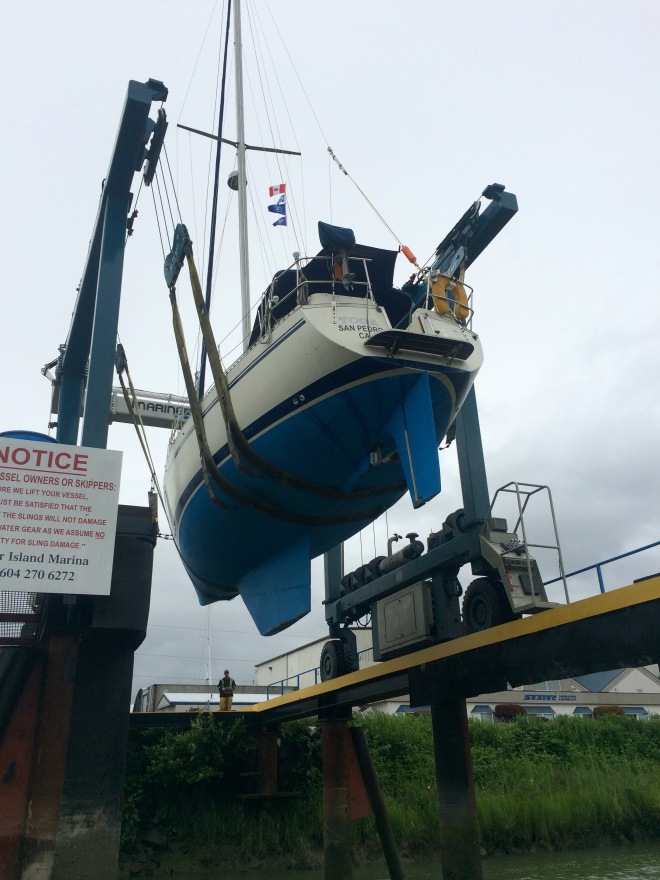 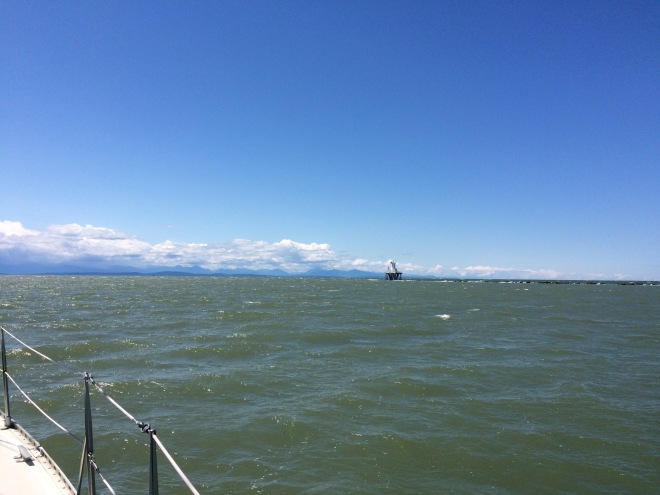 Exiting the Fraser into Georgia Strait

Motor sailing across the Strait 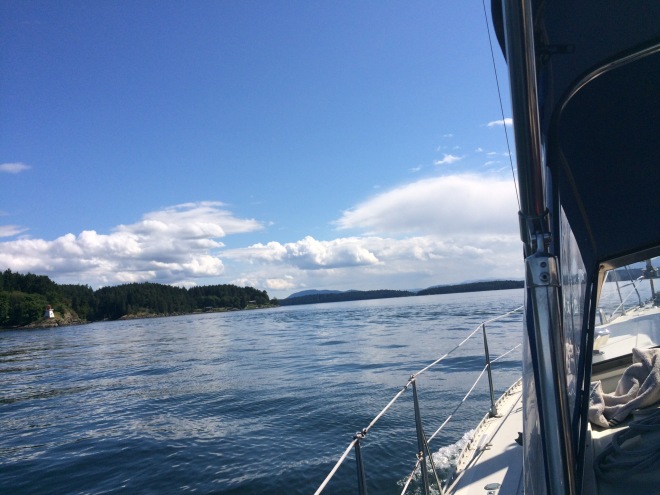 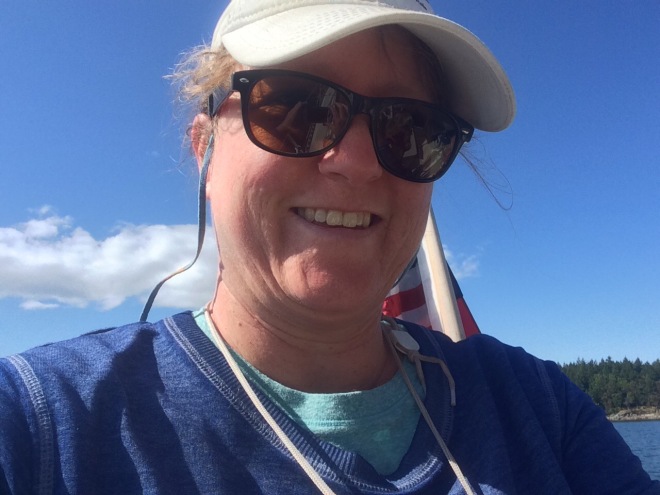 Happy to be in the gulf islands! 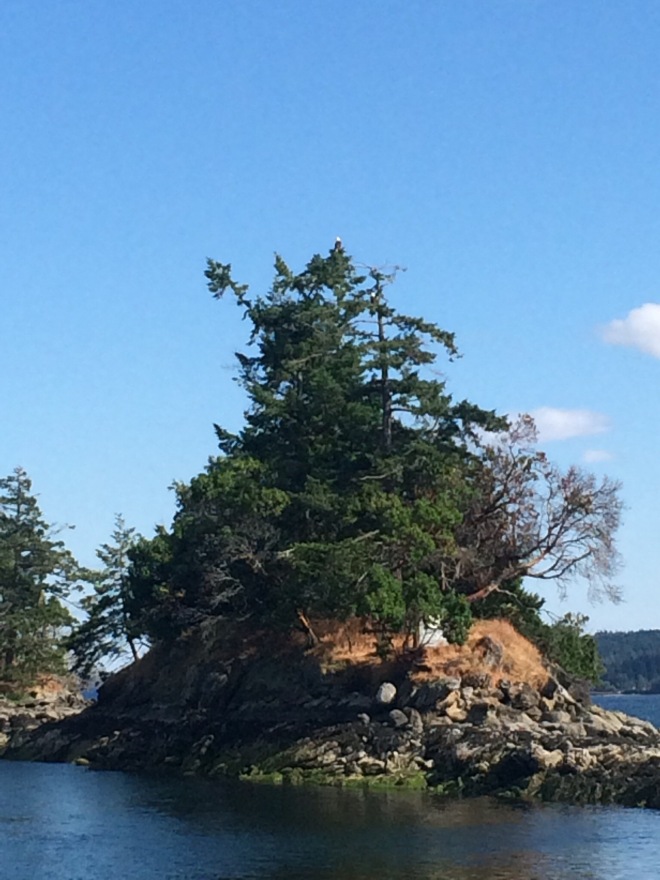 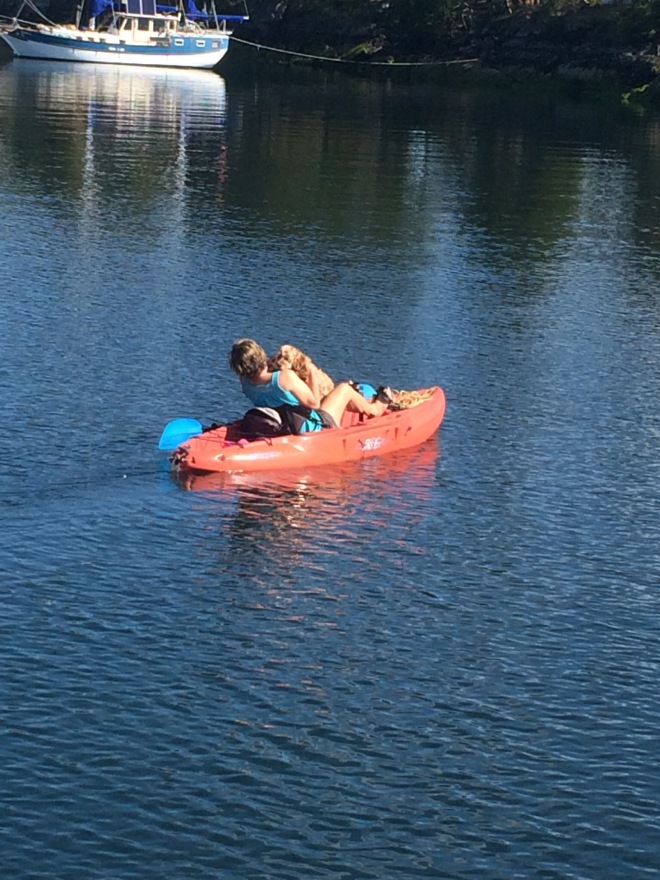 Anne getting a warm greeting from Charlie

A pair of Eagles 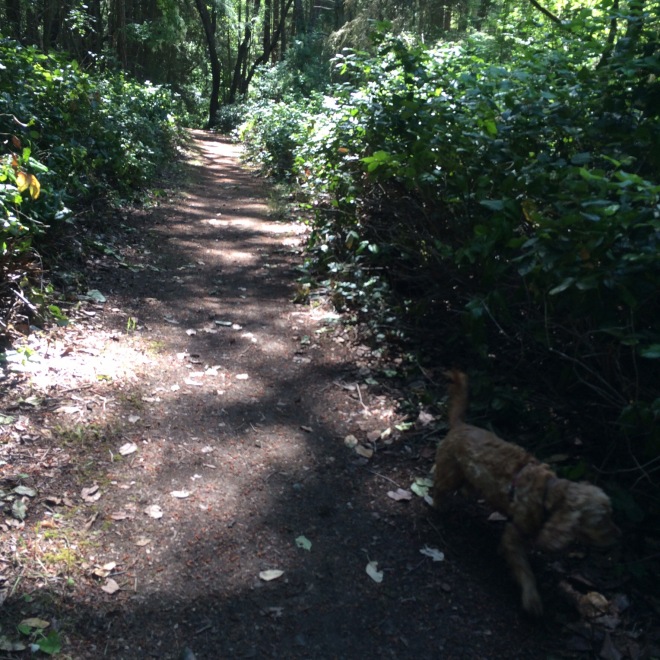 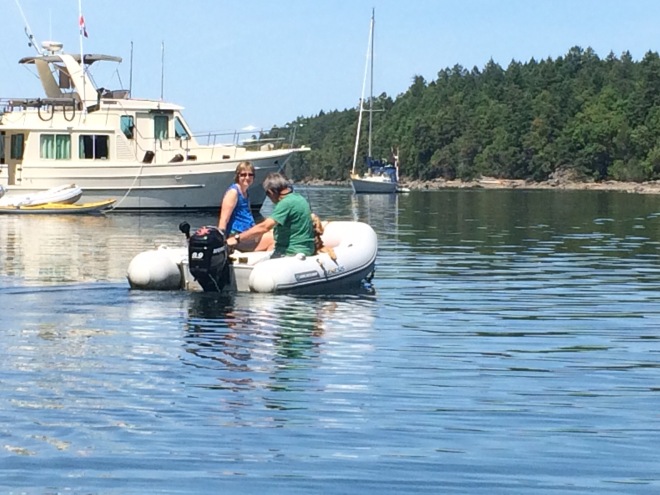 Someone left this hand carved gnome in the woods at Montague

Toga on mooring at Montague 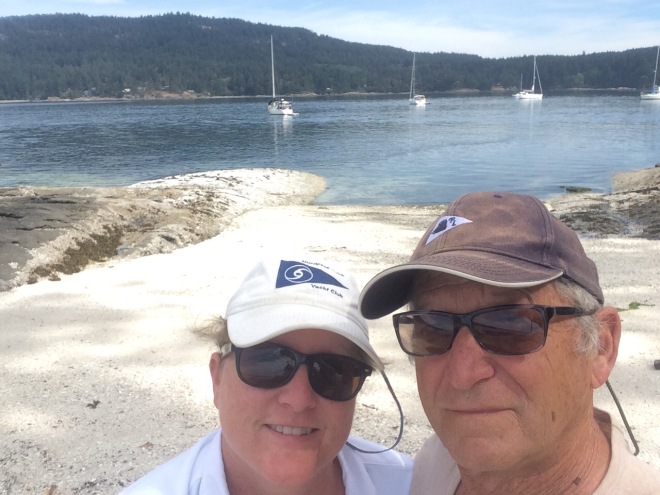 4 thoughts on “Cruising – aka Boat Maintenance in Exotic Places”