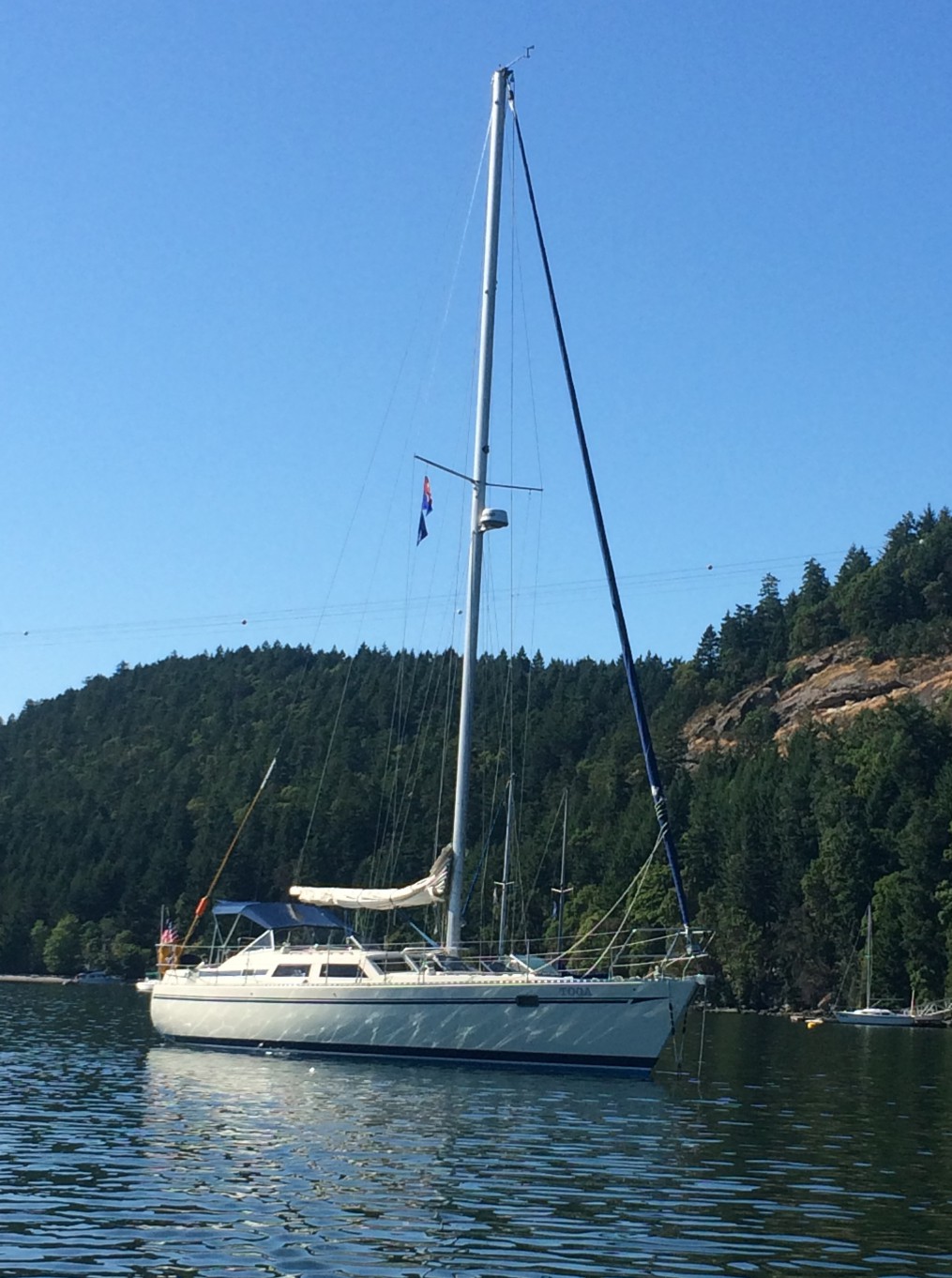 We had a couple of rainy days at the dock at Refuge Cove after Erik left.  We had about a week to spend before we were scheduled to meet up with my Mom and Bob, my step-dad.  We decided to head to Rebecca Spit Marine Park, which is another favorite place of ours.  We anchored in the park and spent several nice days there – some rain and some sun. 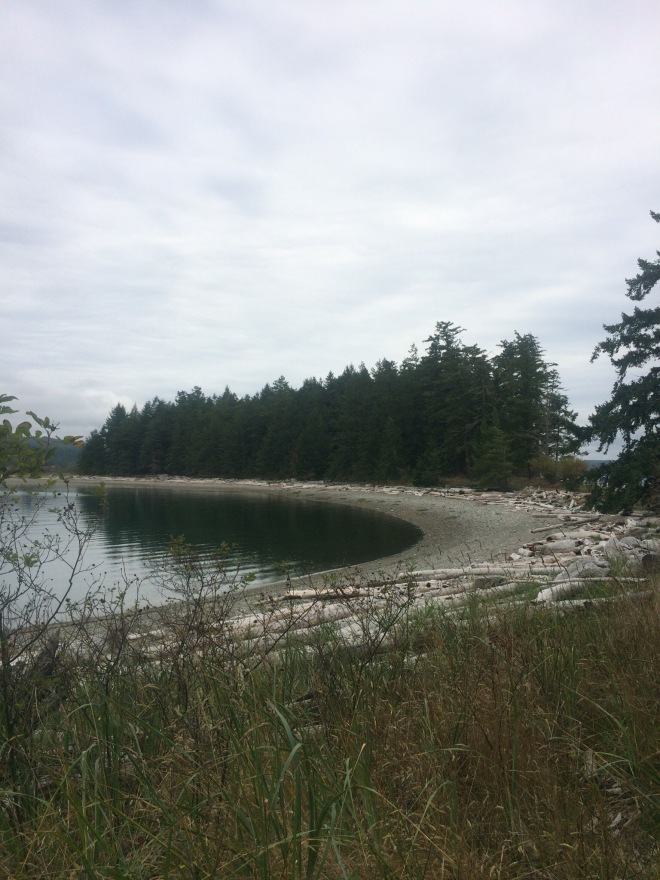 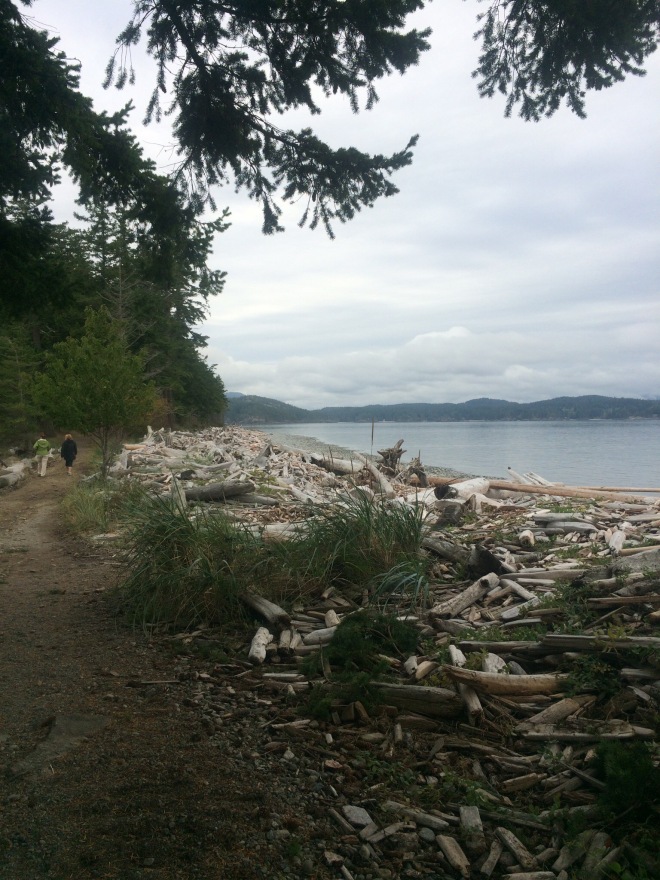 Hiking on the trails at Rebecca Spit 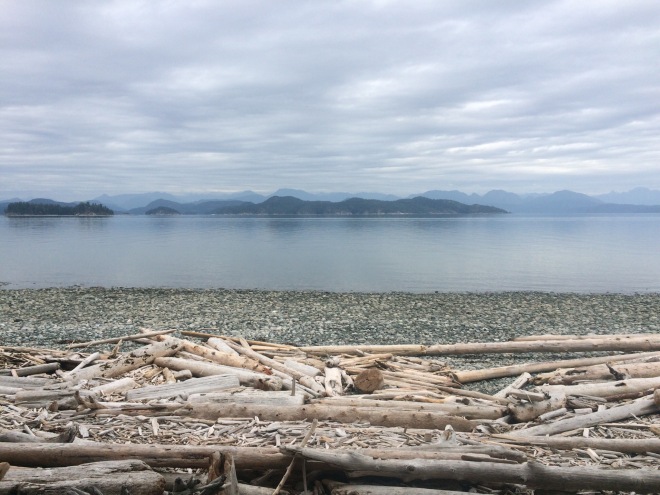 Beautiful color this time of year

We headed around Cape Mudge, being careful to watch for the correct tides as we had read that the conditions can be severe there.  We encountered no problems, and it was”smooth sailing” – except we were motoring.  No wind to speak of.  We pulled into April Point Marina a day early and had the dock to ourselves.  The next day our family arrived and we were able to have several days of fun on Quadra Island. 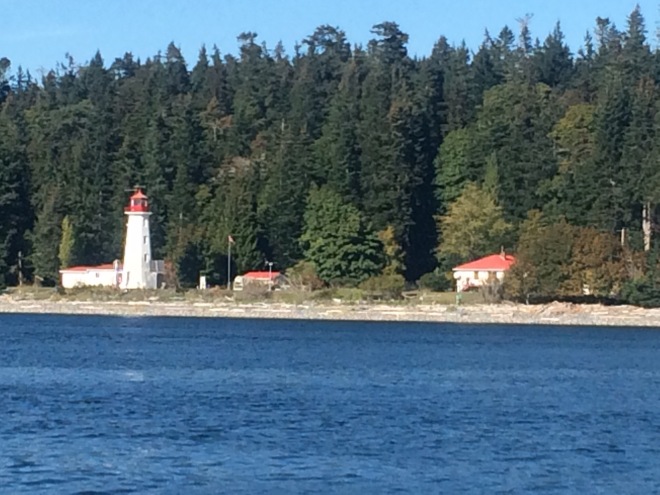 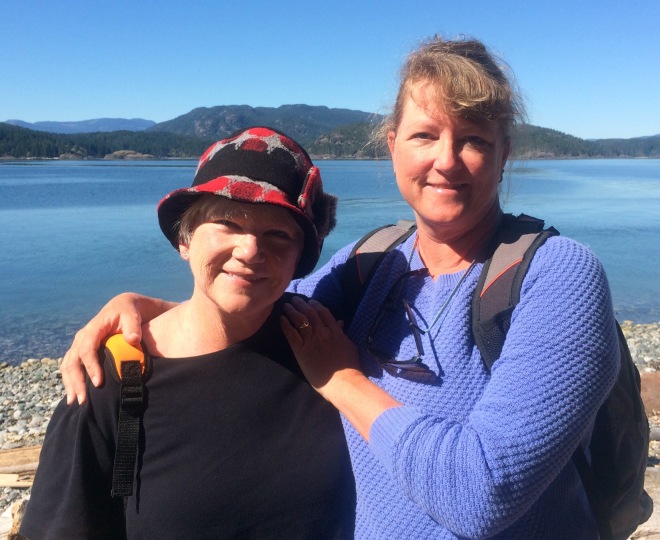 Mom and I at Rebecca Spit 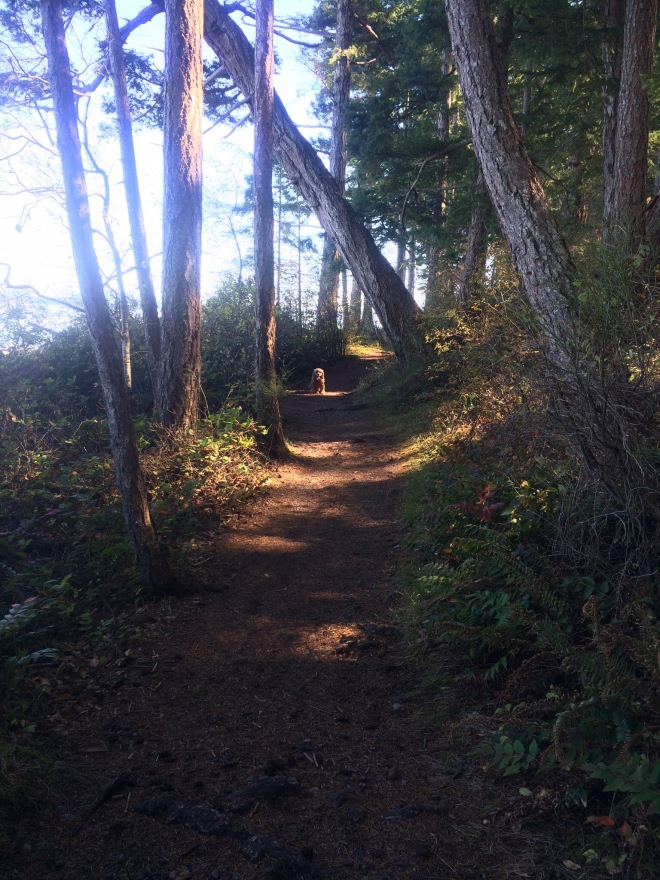 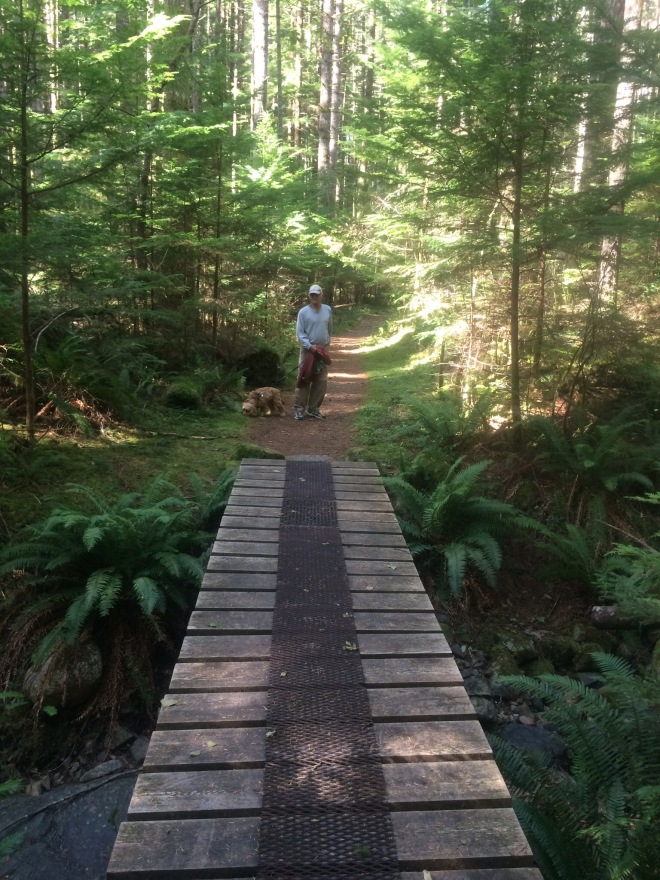 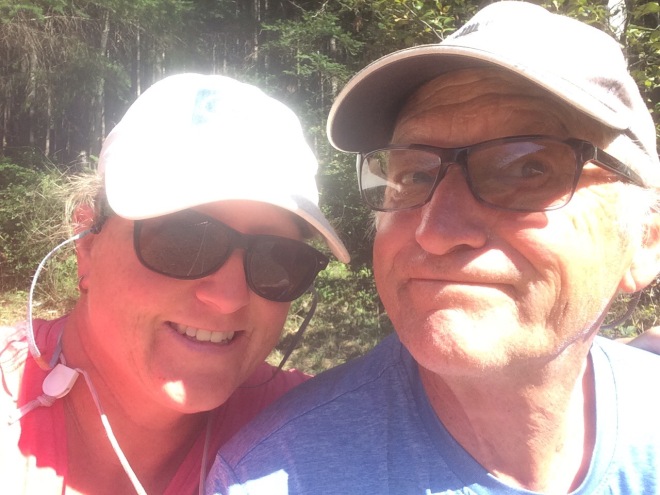 Again, our time with our family went by so quickly.  Mom and Bob went off to continue their tour of Vancouver Island and it was time for Ralph and I to head south for the year.  We decided to head to our familiar stop at Texada Island in the rain and stayed for two nights.  We had a fair day in the forecast so we spent a long day at sea and stayed for 2 nights at Gibsons Landing on the mainland, which we really liked.  Even though it was only a few miles away, we couldn’t pass up spending some time at Plumper Cove park, and we just about had the place to ourselves.  Then we took the 10 miles trip to Snug Cove on Bowen Island, which was lovely (even in the rain), and then on to False Creek in downtown Vancouver for a few days.  Ralph and our friend Henri took the boat to the Fraser River on Sept 26 and the boat was hauled out.  Meanwhile, Charlie and I picked up our car from storage and met the guys at the yard.  Since then we have been busy doing the usual clean up and prep for the winter.  Almost time to go home. 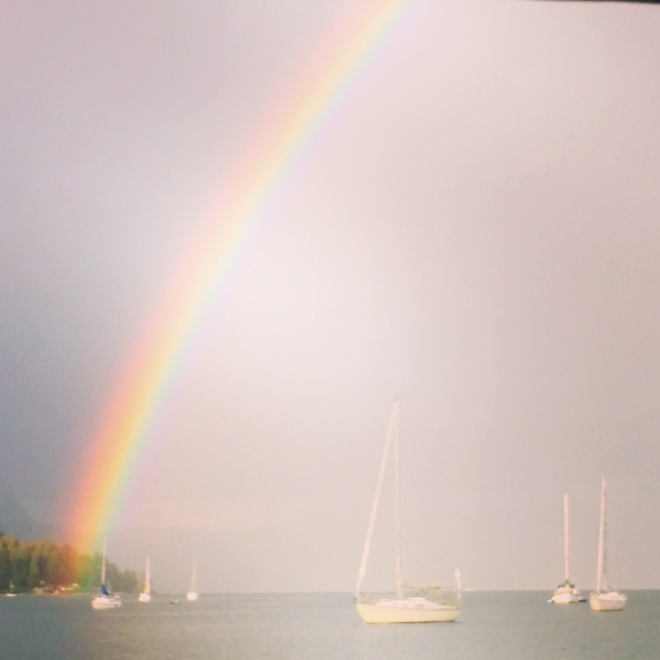 Dock at Gibsons – a beautiful double rainbow, hard to capture 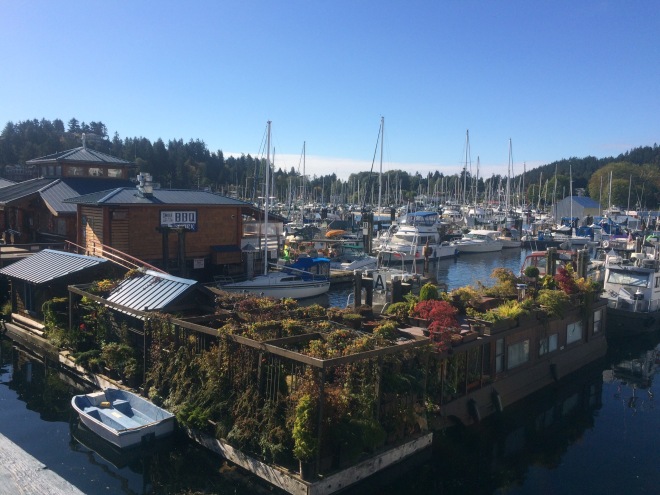 Meeting new friends – a swan was unexpected. The bird was absolutely silent – looking for handouts I think. 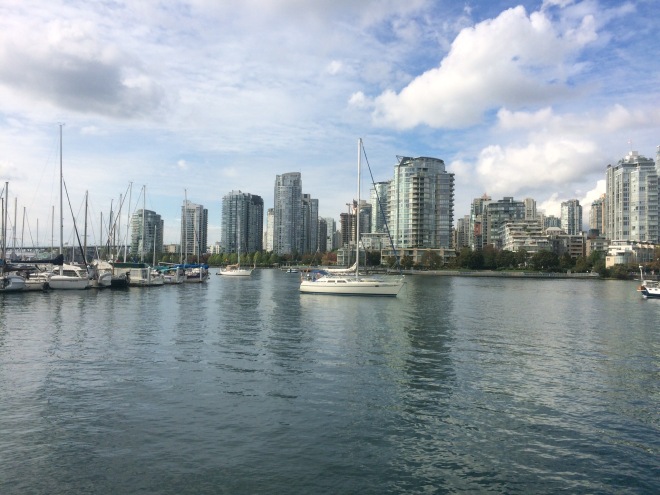 Anchored in the heart of Vancouver 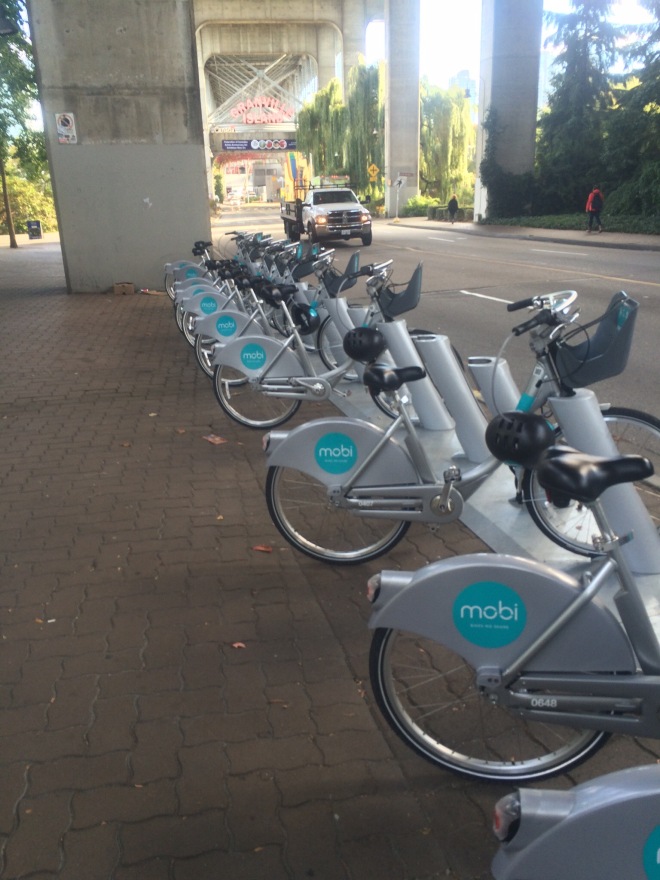 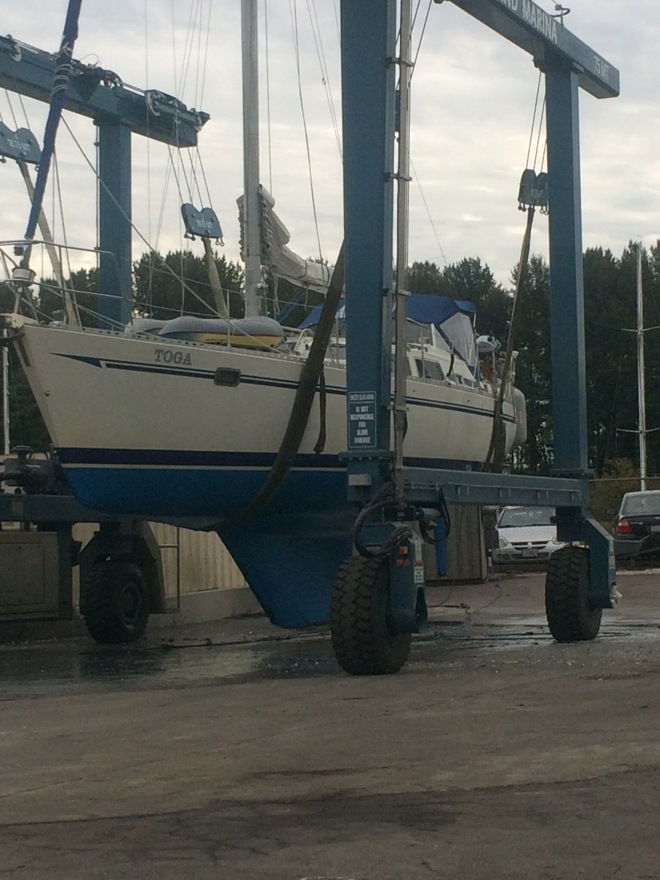 Looking better after a bottom cleaning

Toga is settling in for winter