We left from Charleston at the high tide and crossed the Coos Bay bar at around 5 pm on Saturday.  The conditions were mild and we enjoyed the evening.  We had a little scare with the radar when we couldn’t get it to turn on and we considered turning back, because when the fog rolls in the radar is your best friend.  We soon discovered that the system had somehow been reset and needed a setting turned on, and we were in business.

We’d had a nice early dinner before we left, so we spent the evening just hanging out in the cockpit.  The engine started to run hotter than usual, so we cut back the RPM a bit and the temperature settled down, but we kept an eye on it the whole trip.

We decided to start the watches at 8:30, and Ralph took the first rest.  During my watch the winds picked up and I started to be bothered by the diesel fumes, which is pretty normal for me.  Seasickness soon followed, unfortunately.  Later in the night, Ralph also had some seasickness and neither of us rested well, so it was a rough night.

By the time we were in sight of the Yaquina Bay bar, the winds were at least 20 knots, but luckily the sea conditions weren’t rough.  We crossed the bar uneventfully, and soon passed under the 101 freeway bridge – a pretty cool experience – and tied up at the Newport marina guest dock at about 2 pm on Sunday.

The Newport marina is a recreational marina, with the commercial marina being across the river.  Newport is a really nice town and the amenities here at the marina are very good.  The headquarters of Rogue brewing is here, and we visited there and had a nice meal and good beer.  Our favorite Oregonian beer so far comes from Deschutes brewing – Ralph likes the Inversion IPA and I like the Mirror Pond Pale Ale.  Someday we hope to visit them, either in Bend or Portland.

We’ve had sunny weather every day that we’ve been here, and we appreciate that!  It isn’t very warm, because it’s quite windy here, but we’ll take the sun.

While here we have visited the historic bay front across the river, which is an interesting mix of working seafood operations and tourist attractions.  Yesterday we rode our bikes to a local fish market for lunch – we had really good fish and chips and so-so clam chowder.  We also rode around the waterfront and stumbled upon a University of Oregon science center, which was a mini aquarium.  It was a really fun diversion.

Last night I made “5 minute refrigerator bread”.  It was nice to have fresh bread and it was really good considering the minimal effort it took to make it.  Just mix it up and let it rise – no kneading.  We haven’t had the fresh seafood here that we’ve had at other marinas since the commercial boats aren’t here, but don’t worry, we always eat well!  Tomorrow morning we are leaving for Gray’s harbor, which is in Washington (should be about a 27-hour trip).  Assuming it doesn’t get too rough out there and we end up ducking in somewhere, we are already saying goodbye to Oregon!  Seems like we just got here. 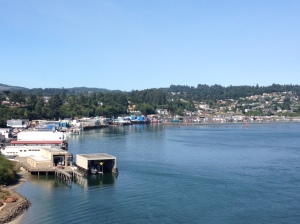 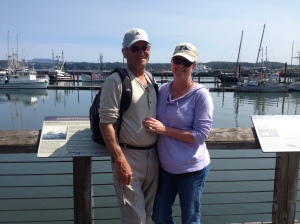 Fun on the waterfront 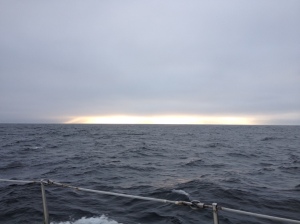 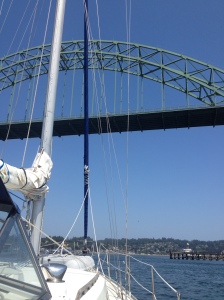 Passing under the bridge 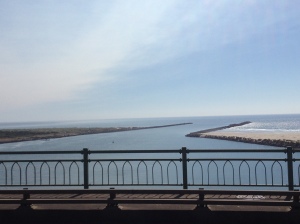 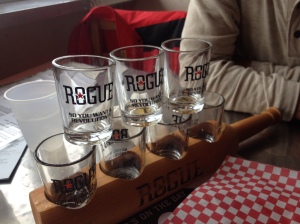 This is a rock fish. I tried to get him to smile, no luck. 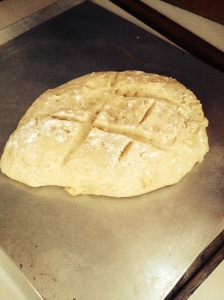 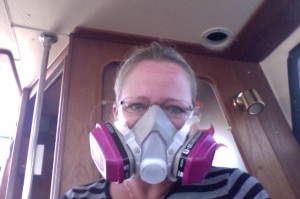 My new mask in case the fumes bother me again. I’m smiling, in case you can’t tell. 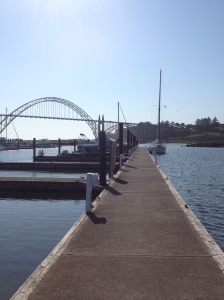 Toga tied up at the guest dock